Thank you to Mizuno for inviting me to their event and sponsoring this post to celebrate the Wave Runner 20.

Are you a running shoe snob? I have no problem with admitting that I am a shoe snob. I’m having a serious Mizuno shoe love affair and it was love at first run. When I heard Mizuno was hosting an event in Atlanta, I knew I had to attend. When I found out that I was invited, I turned into a happy two-year-old. I was squealing like I won the lottery. Don’t judge! LOL

I was excited because Mizuno is my favorite shoe brand and they were celebrating the release of the Wave Rider 20. I knew they changed the technology in the new version to cloudwave and I had to find out the details and get a closer look. 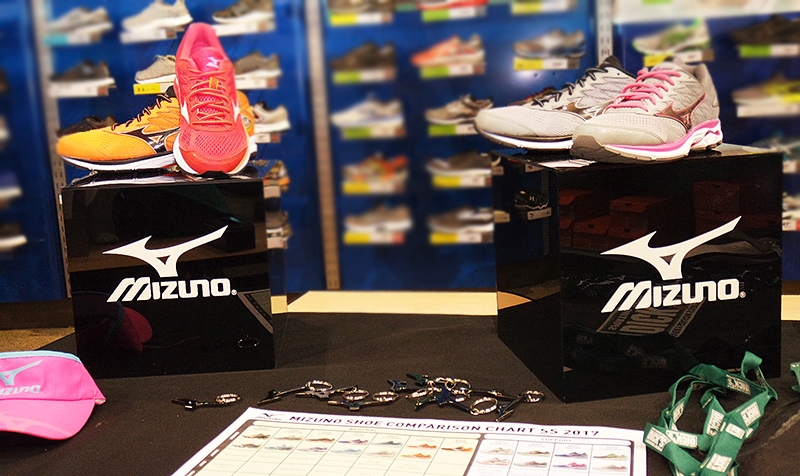 Let me give a little back story on why I just had to attend the Mizuno event. I’ve tried a number of brands over the years but none compare to my Mizunos. When I first found the Mizuno brand, I was in bad shape. I gained a ton of weight after my accident and the shoes that I was wearing seemed to cause a ton of issues. After I joined a running group in Florida, they recommended that I go get fitted for a REAL running shoe that suits how my feet land while running. OMG! I wish that I would’ve done that months before.

We figured out the best brand and fit was the Mizuno Wave Inspire. I felt the difference the first time I ran in my shoes and I’ve loved them since. I recognize that not too many fluffy women actually run. I always tell people that I’m the fittest thick chick you know. From what I’ve seen, I’m the only plus-size runner that truly talks about their love of running.

I later tried another brand because I wanted a softer shoe. Umm…yeah, no! Not a good idea. I went back to running in old Mizuno Inspires and used the new shoes as everyday shoes. I’m funny about my running shoes, but I only wear my shoes while running to ensure I get all of my miles out before having to replace the shoe. 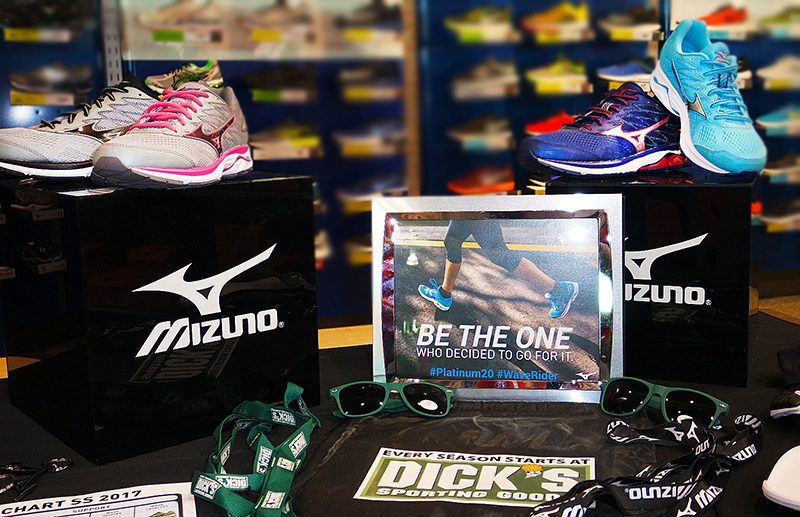 With the Wave Rider 20 redesign, I can have everything I want in a shoe because Mizuno thought of everything with the 20th iteration of the Wave Rider. The Wave Rider is the only shoe in the Mizuno line that incorporates the new cloudwave technology. The insole of the shoe is designed in a u shape for a smooth transition from the front of the toe to the heel, which adjusts the impact of the heel strike.

The new edition is truly made to be versatile and accommodates all types of runs. I’ve taken mine for a spin on the roads near my house, and the redesign gives me more control and makes navigating hills, rocks, uneven pavement, etc a piece of cake. I can’t wait to try them out on a run up the mountain. Did I mention that they even redesigned the top midsole of the shoe to extend the new shoe feeling? Yes, they made the change to make it softer and more durable. I’m telling you there is nothing like the new shoe feeling. 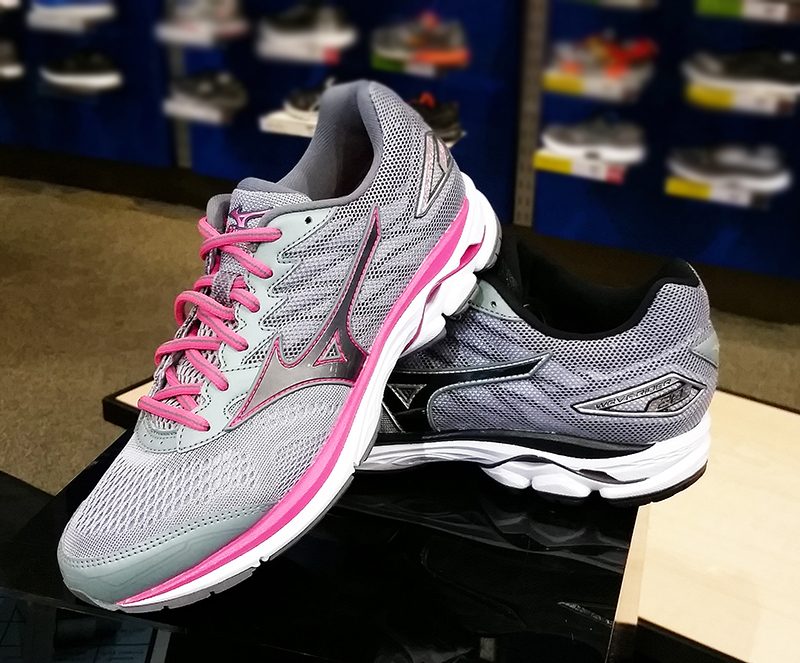 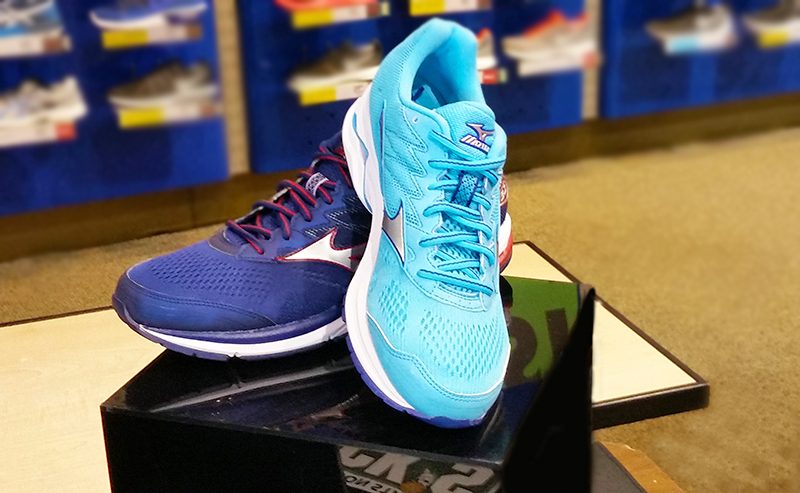 One thing that I noticed was that Mizuno changed the mesh in the shoe. I loved my old pair because they allowed my feet to breathe. I have to buy my running shoes one and a half sizes too big because my feet swell. With the new “Triple Zone” mesh, my feet breathe a bit better and I don’t notice the swelling that I had previously. That makes me a happy girl!

Anywho, the event was awesome! It was actually my first live event. We started out by trying on the Platinum 20th edition Wave Rider. The best part was opening the box because we didn’t know which color we were getting.  I was super excited that I received a pink and gray pair of shoes. You know I’m all about pink! 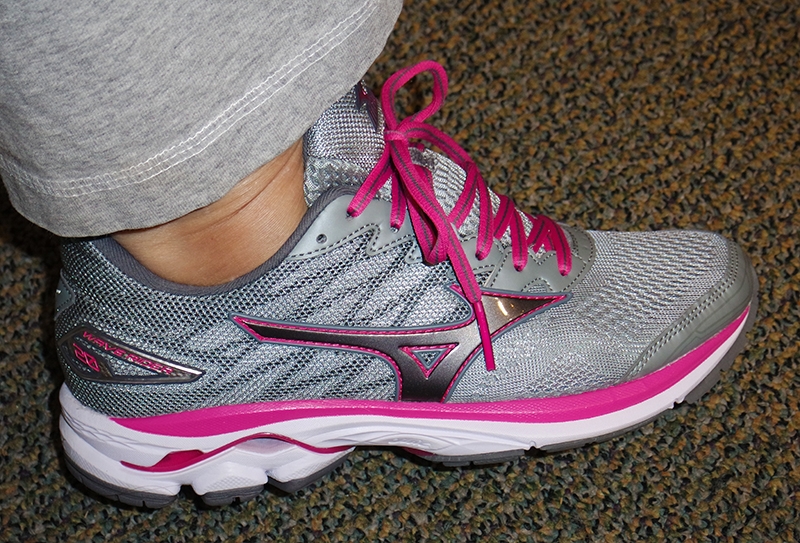 After we tried on our shoes, we went through our introductions. It was nice to meet other influencers who were not in my niche. Ali from Mizuno was awesome. She gave us all of the details and science behind the new cloudwave technology and showed us what the inside of the shoe looks like and that was super cool. 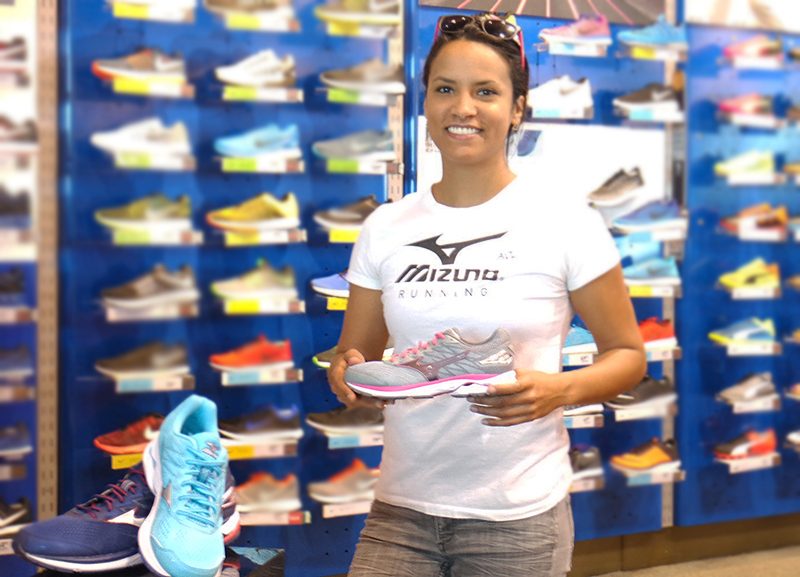 The best part of the event was the scavenger hunt. When I tell you it was hilarious, I mean it was hilarious. The best part is we got to run around the store and test out the Wave Rider 20. I had a ton of fun with my partner Keba and I definitely got a feel of the new design.

The cool part was being able to bring a friend to the event. Keba is a fitness nut and she has never tried Mizuno shoes, so I thought she would be a great person to bring. Plus, she is fun as all get out. 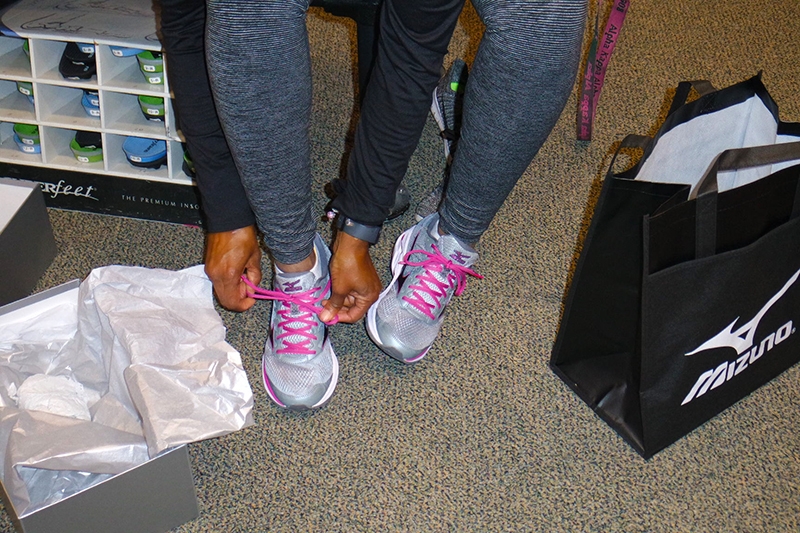 I can definitely see why the Wave Rider is the longest-standing shoe in the Mizuno line. They have taken the time to design a shoe that has everything a runner needs. I seriously feel like I’m running on clouds because my shoes are soft but supportive. That is a major plus when you are a little fluffy while running. LOL! 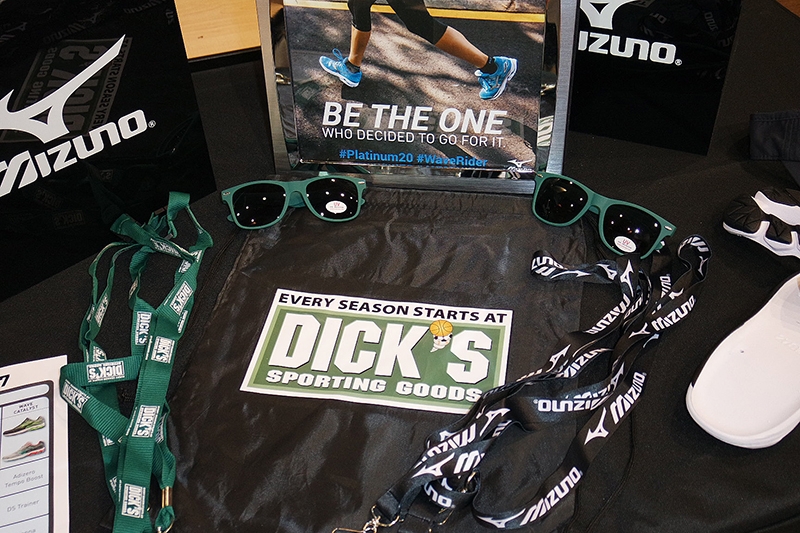 I really love that the cost at Dick’s is less than what I pay in Florida for my Mizunos. If you are interested in picking up a pair, swing by your local Dick’s. The suggested retail cost is $119.00. We won’t talk about how much others charge, but I will say $119 is a great price.

This is a sponsored post written by me on behalf of Mizuno.