In an effort to get away from fall berry-colored polishes, I decided to go with a glitter polish this week. I was going to use one of my China Glaze glitter polishes with blue and gold glitter; however, I saw the Nailtini Millionaire glitter chillin’ in my stash and gave that a try this week. Millionaire is a little different from other glitters because the glitter specks are in strips and not round. 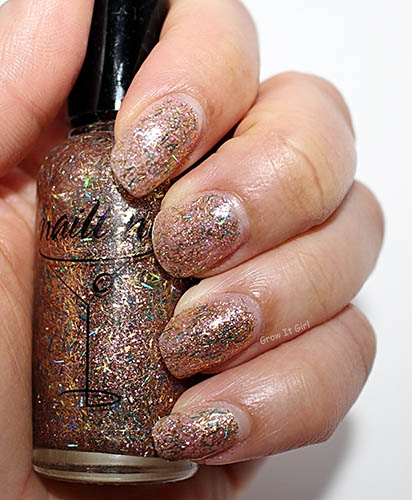 I decided to use the Nailtini Frappe as a base because I wasn’t sure how many coats of glitter I needed to make the polish opaque. In the end, I used four coats of the Millionaire to get it close to where I wanted. I just gave up after four coats. 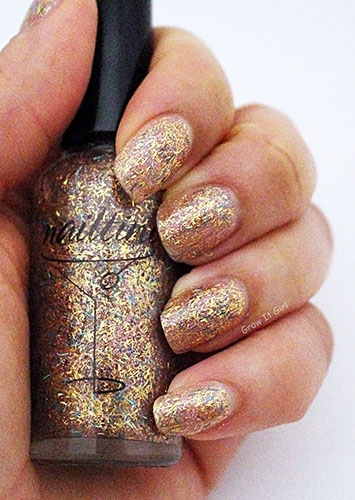 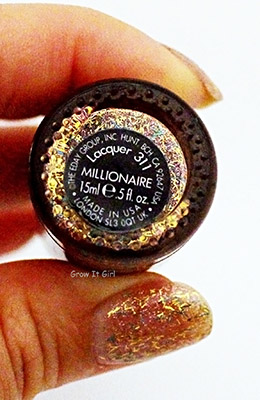 I noticed my cuticles needed some help after I was done, so I will have to give myself a full manicure later this week. I can’t walk around with busted cuticles. Now that the weather is changing my skin is going crazy. I’ve had two eczema flares on my face in the last couple of weeks. My hands take a beating during the winter months because I have OCD. Can you imagine the fun I have during the fall and winter months?

Enough of my rambling!

What polish are you wearing for your mani this week? Have you tried Nailtini Millionaire polish?

Previous Post: « Wash Day | At A Crossroads With My Hair
Next Post: Keep Your Smile Beautiful with Colgate Enamel Health Toothpaste! »