I attended the Taliah Waajid Hair Show this weekend and I thoroughly enjoyed myself. I was so looking forward to the show because I haven’t been to an actual hair show in a few years. I went to a show for women in Sept but that is different…I think it was called For Women Only. I don’t remember exactly. It was more of a family-type event with a bit of every niche being featured.

I wanted to check out the Taliah Waajid Hair Show because the show was primarily focused on hair. Plus, it was hosted in Atlanta and I’ve always heard awesome things about ATL hair shows. So I had to go and check it out for myself. My girl Alisha from Coily Locks and I headed to the event ready to do some serious damage. 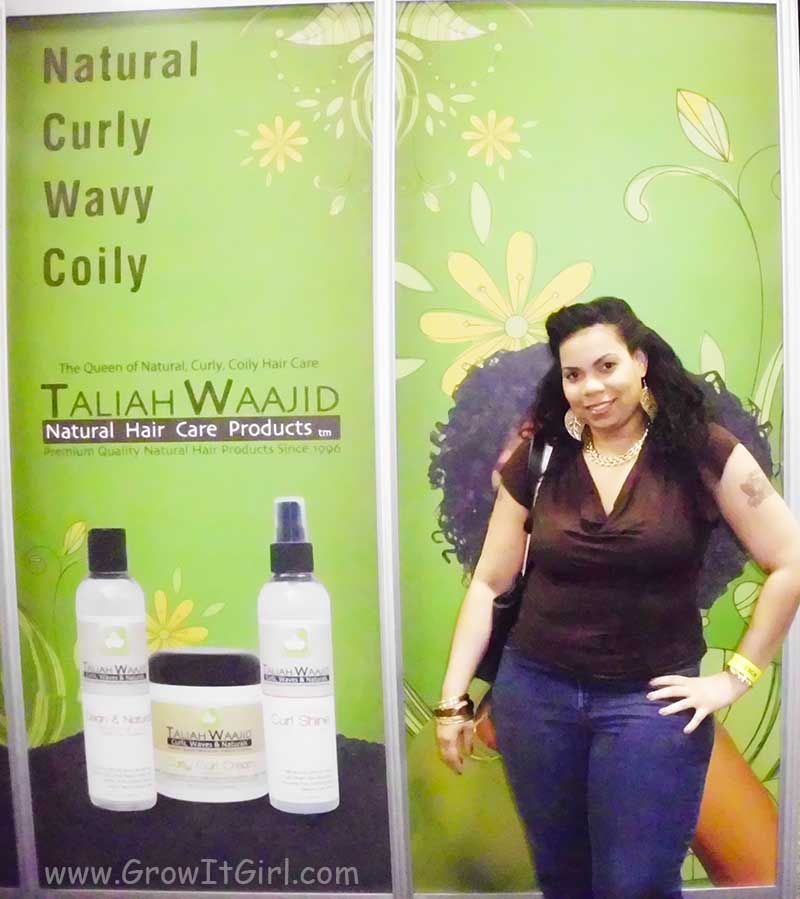 When we first entered the even, you know I had to take a picture at the banner. Unfortunately, Alisha was ready to choke me because she had to take the picture 50 million times. LOL! 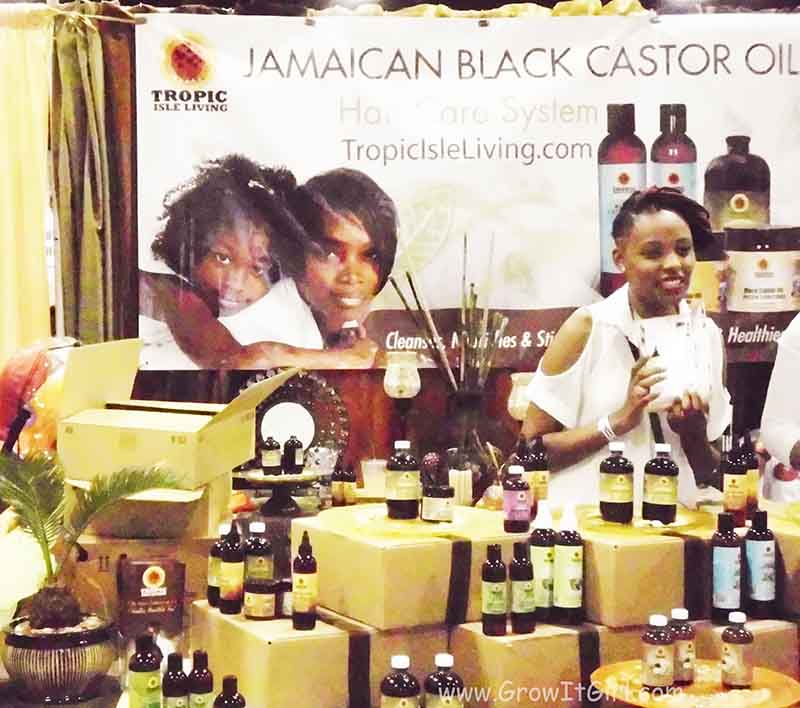 Tropical Isle Living was the first vendor I spotted as soon as we walked in the Taliha Waajd Natural Health and Beauty Show . I headed straight over because there were two products I wanted to pick up from them. Sadly, the Saw Palmetto Castor Oil sold out before we made it to the event. I was soooo looking forward to trying it but I’m sure I’ll find it online. I did purchase a bottle of regular castor oil. 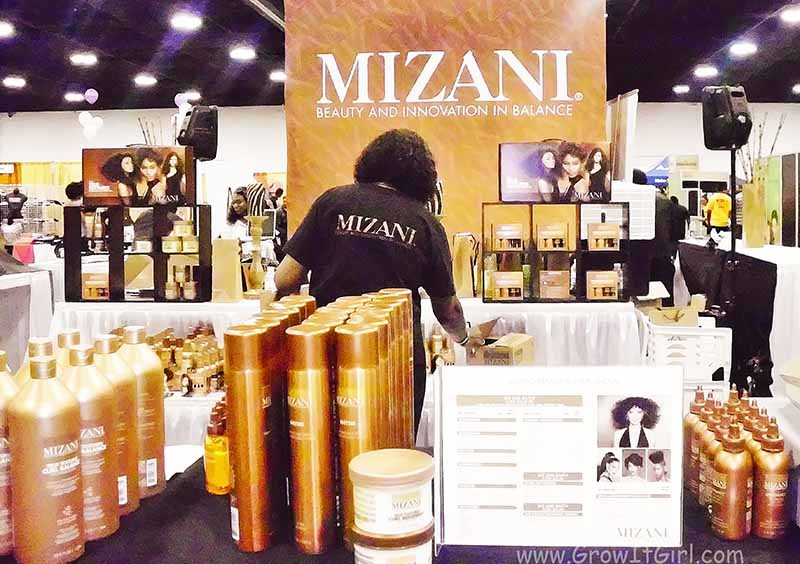 My next stop was Mizani. You know Mizani is my boo and I’ve used their products forever. I spent the most money at their booth and Alisha was cracking up at me and the rep. We had a bit of fun and don’t judge me but I had to get an extra Mizani shopping bag. Alisha gave me the side-eye but the bag was so large that I knew it would hold the goodies that I was going to buy at other booths. Umm…apparently, Alisha missed the memo on how much damage I intended on doing. We were late, it was close to closing, and I was on a serious mission!

I found a few new brands while I was at the Taliha Waajd Hair Show that I had to try. 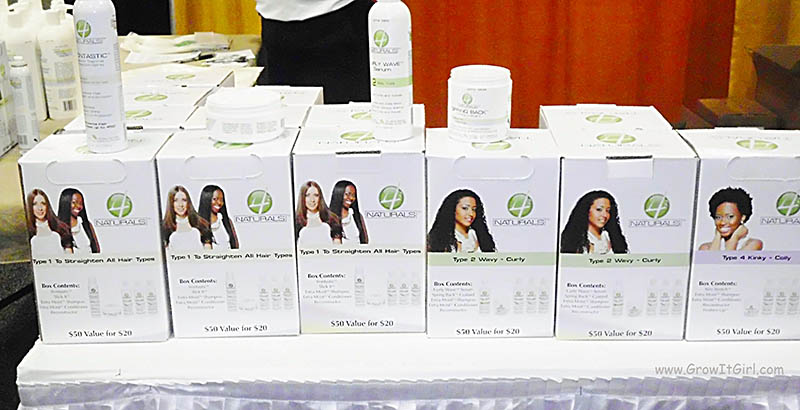 First up was 4 Naturals! Yes, I know I’m not natural but I use products designed for naturals. I find they give me the best moisture and my hair overall responds better to those products over products specifically for relaxed hair. I purchased the Type 2 kit because it resembles my texlaxed hair. Plus, they didn’t have the Type 3 set in stock. If I was natural, I would’ve needed to purchase the Type 3, but I think the Type 4 would be super moisturizing. 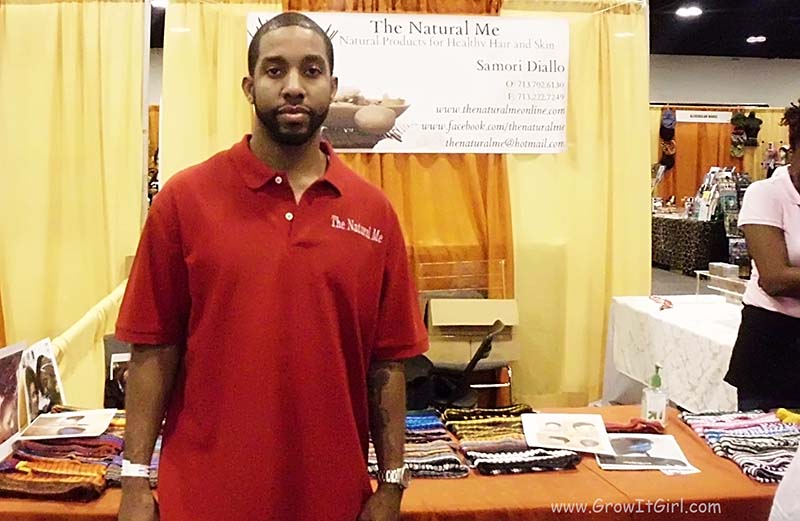 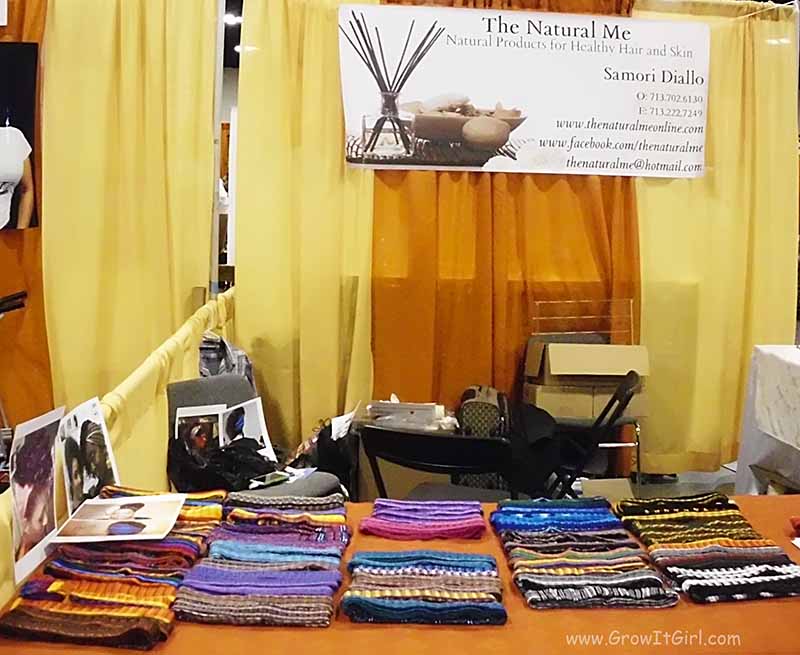 My next stop was The Natural Me booth. The owner, Samori, was super sweet and helpful. They had great deals on their headbands and I wish I would’ve purchased more. Somehow, I managed to lose two out of the three I purchased. I don’t know how that happened. Anywho, The Natural Me has a great selection of headbands that are designed to work great for natural divas. You can wear their headbands in a number of ways and they come in a ton of patterns and colors. 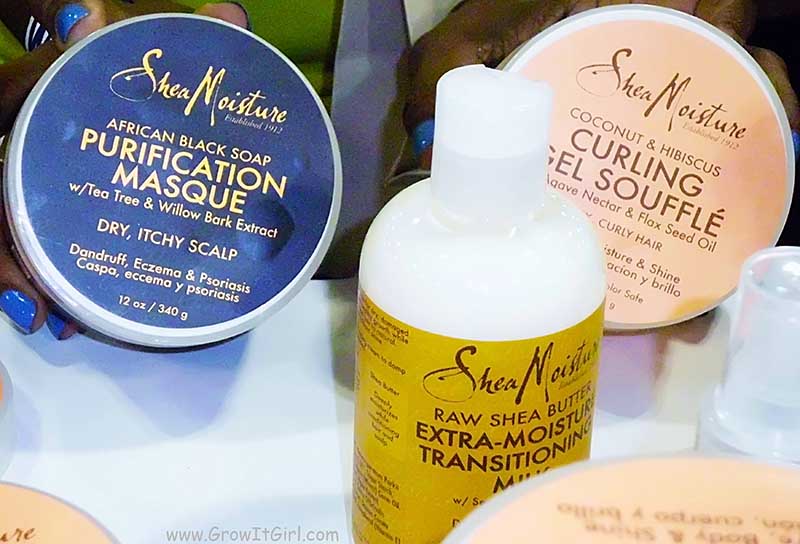 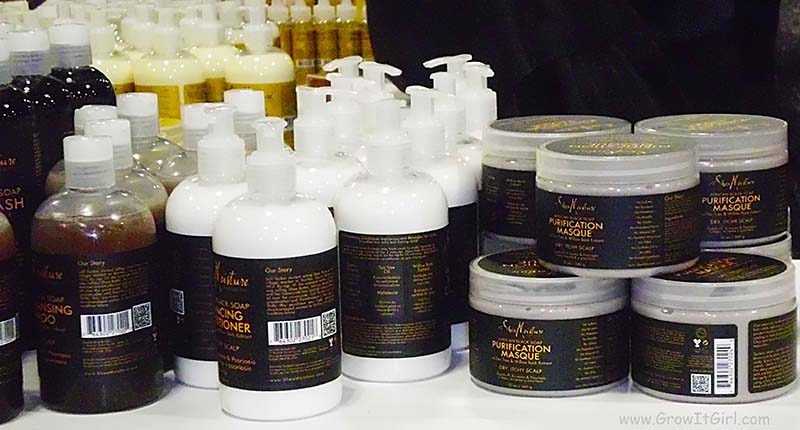 Oh course I had to hit up the Shea Moisture booth. I was out of a few staples and there were a few items that I wanted to try. Shea Moisture had a few specials going on so I went for it and got everything I needed. While we were there I did see a display of their upcoming hair color. I would love to try the red color and see how that works for me. I’m kicking myself for not taking a picture of the box because it is super cute. 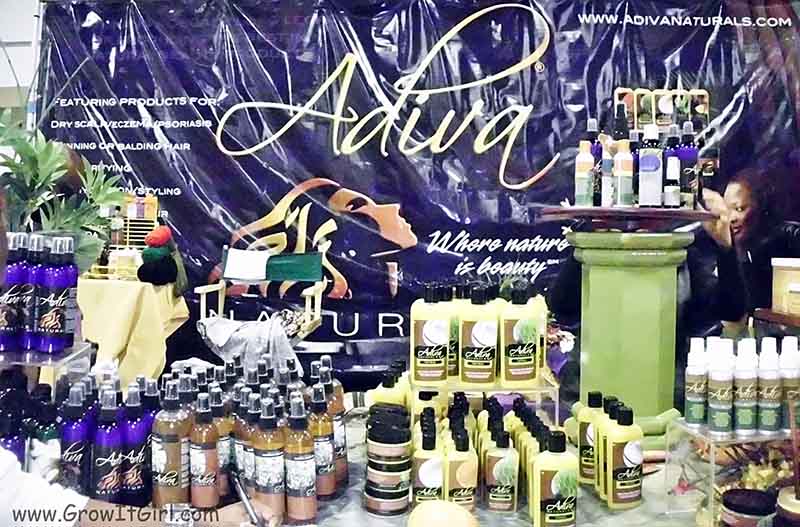 The last stop before we headed out was Adiva Naturals. We had so much fun at this booth. Adiva Naturals is based in Richmond, VA, so you know I had to find out more info. I would drive from my house to Richmond just to buy African incense for my house, so making a trip to check out the Adiva store is no biggie. You don’t find too many brands based in VA so I tend to be all ears. Plus, the owner brought her whole family and they were just super sweet and funny. 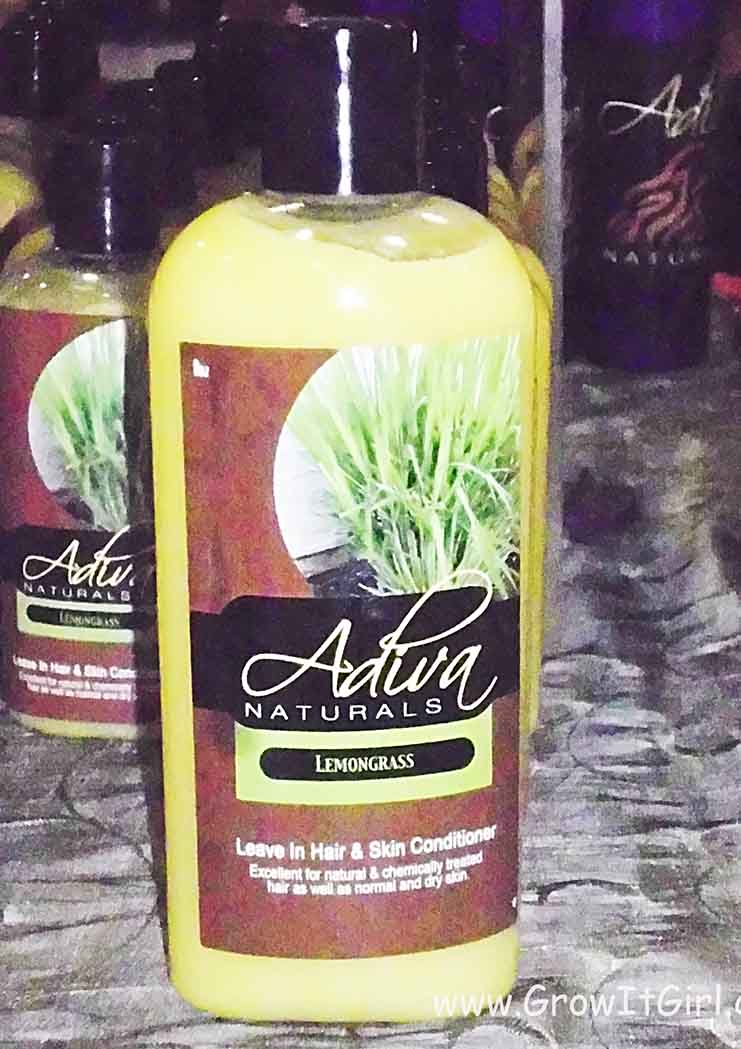 You want to talk about products that smell yummy and work great! OMG! Their lotion was the bomb! I really like the formula because was super moisturizing without leaving my skin feeling oily. She said she hates the feel of oil on her skin so it was important for her products to not have an oily feel. Love it! 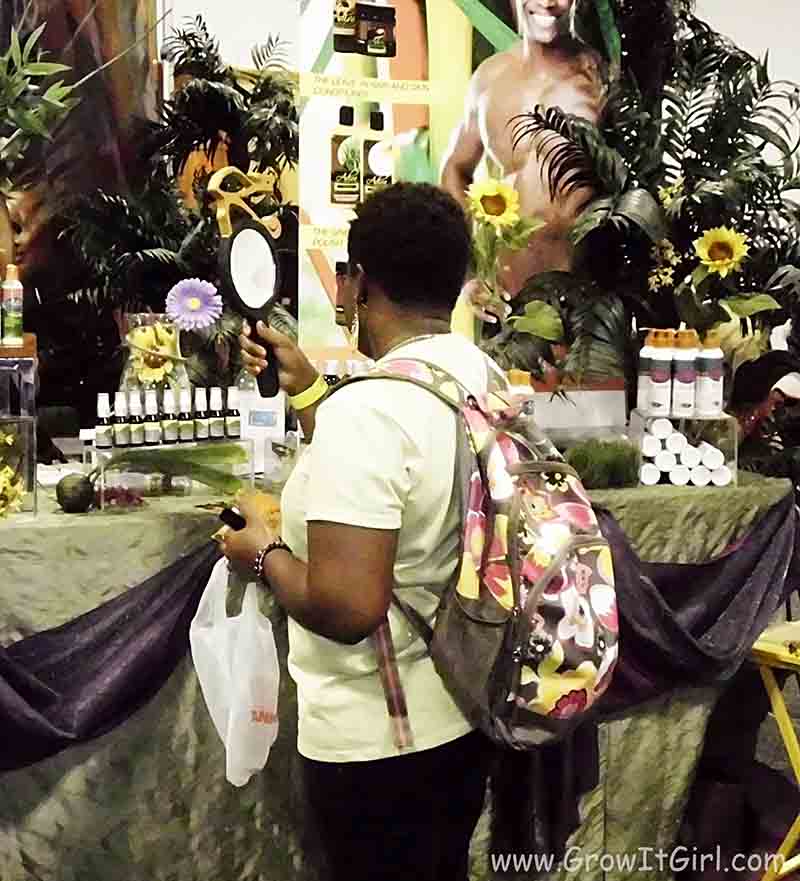 The funniest part of this trip came when the owner, Nadira’s, mother spotted Alisha’s super dry hair. LOL! She went into straight mother mode. She told Alisha to come here, put the product in her hands, and immediately started moisturizing Alisha’s hair. I almost fell out. LOL Now, that is a serious southern black mother for you! You can’t come out of the house looking any kind of way. Loved it! Oh and let me tell you Alisha’s hair was on point when Nadira’s mother was finished! 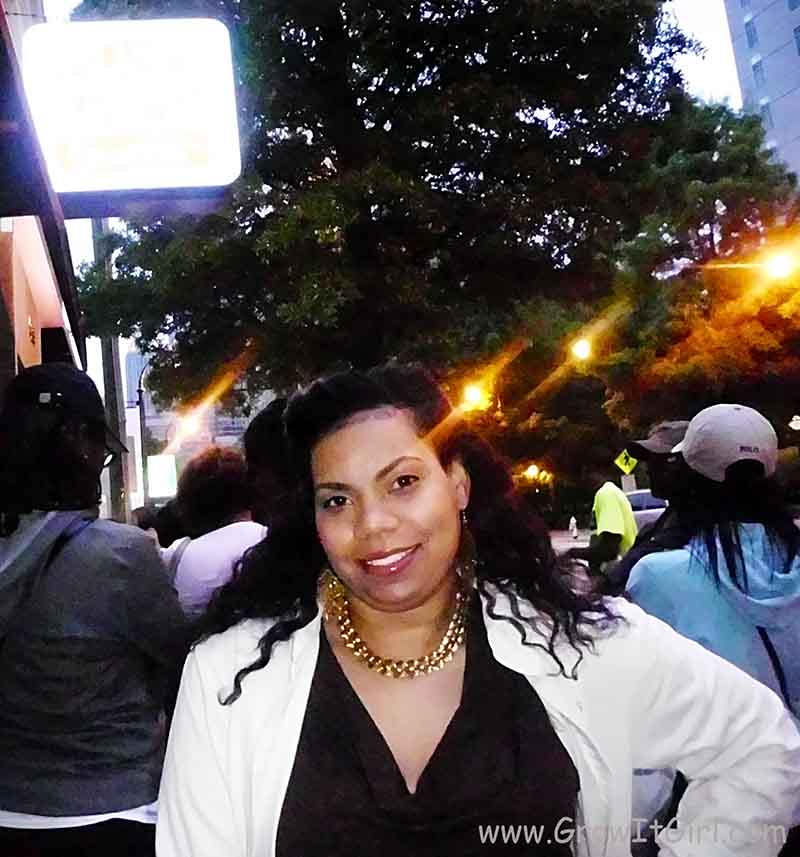 After we were done, you know we had to grab something to eat. It’s not an ATL trip unless you hit Gladys Knight’s Chicken and Waffles. We stuffed ourselves silly before calling it a day. 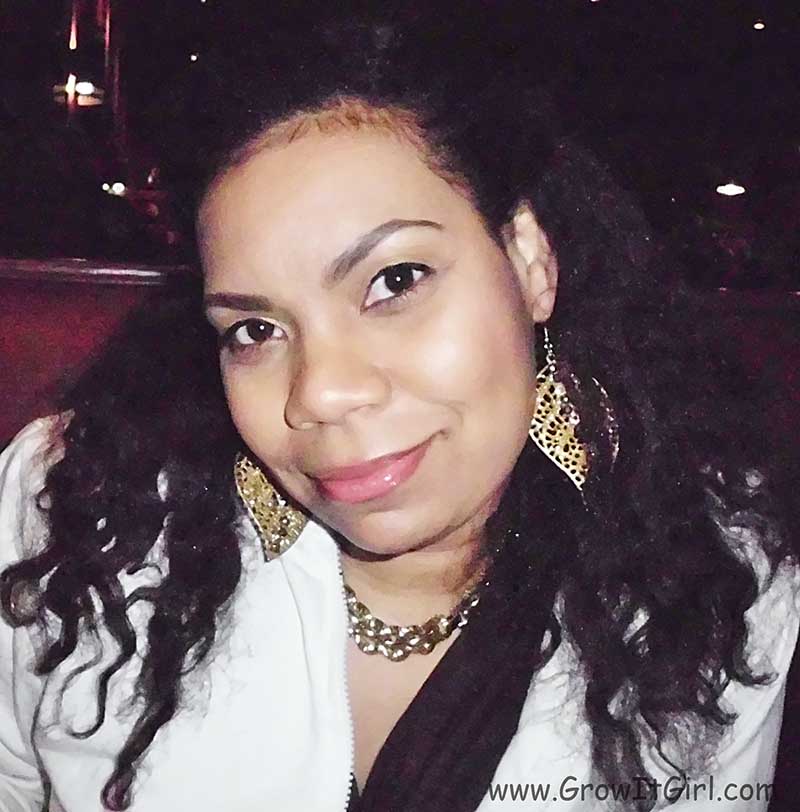 You are looking at the face of one very tired hair and beauty blogger. I had a ton of fun and it was great hanging out with Alisha and her daughter Micah. Can’t wait to see them again. If you have ever considered taking a road trip to Atlanta for any of the events hosted there, do it because you won’t be disappointed. I’ve taken a few trips from Florida and Virginia to Atlanta and I’ll gladly do it again.