You are here: Home / Nails / A Manicure Honoring My Mother For Lung Cancer Awareness Month

According to my doctor, there is a gene that assists the body in fighting cancerous cells and my family does not have it. I don’t know how true that is without genetic testing, but it does seem to be the case. Anywho, this week’s manicure was a little emotional. I know…how is a manicure emotional? It just made me miss my mother. We were always together and you would have thought she was my sister because we were together so much. I look just like her and personality-wise, I’m the nicer one. LOL!

Yes, you are learning a lot about me right now. Now, I won’t give you the breakdown of all of the people I lost but let’s just say the only family I have left are my daughters. OK, it’s that bad. I had two scares and my fear is having to go through the battle. I’m not claiming it.

So, moving right along. This post is a dedication to my mother, my family members who have passed, and anyone battling or who has survived lung cancer.

The red color Nubar Red. I used this color in a previous manicure and for the review click here. I’m using red because that was my mother’s favorite color.

The white ribbon is the color for lung cancer awareness. My goal is to incorporate a white ribbon in each of my manicures this month.

I decided to go with an America Manicure to make the tribute finger pop. I do prefer the American over the French because it looks natural.

Here is my manicure for this first Monday of November. 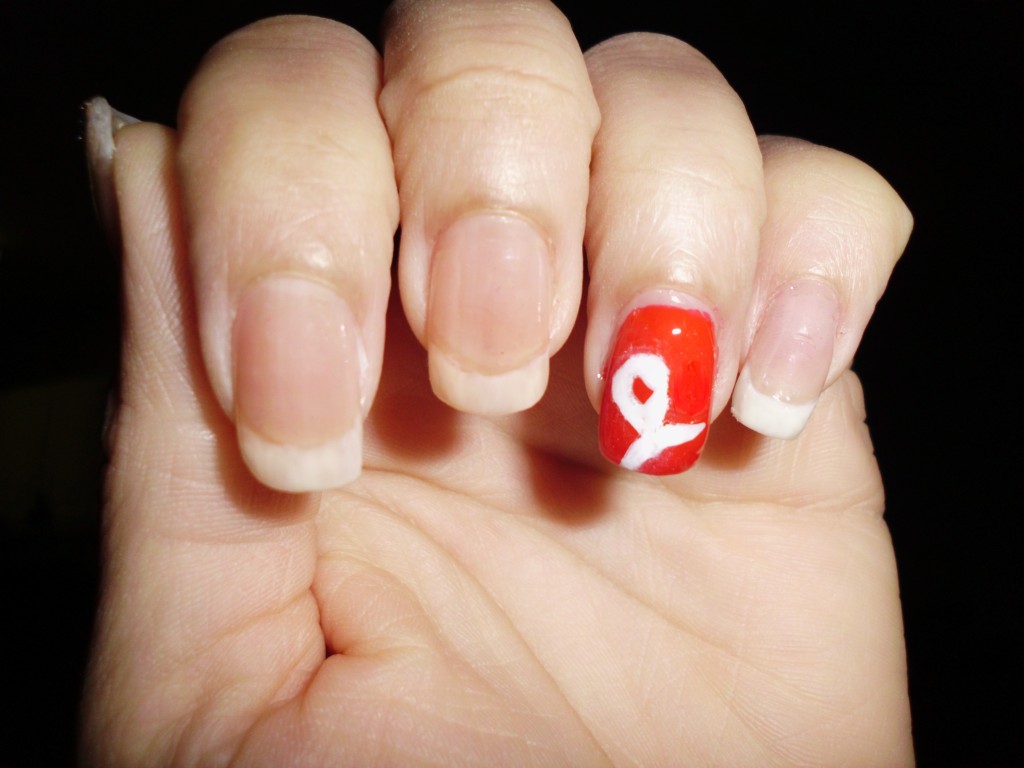 Hi, I'm Tiki. I'm a mother of two, lover of life, and a southern belle. I like to cook y'all! I love all things pretty and I'm partial to glitter and pink. I love chatting with my readers about all thing hair, beauty, food, and life...and trying new goodies.