I decided to take off my gel nails and tips in order to give my nails a break. After taking my nails off, I realized they were a little weak and the best plan was to cut them down and start again. I was shocked at the state of my nails and was upset at having to change my plans. I actually planned to cut my nails down at the beginning of January. My plan was to start fresh and try out the Julep Oxygen Nail Treatment at that time, but it seems my nails had something different in mind. 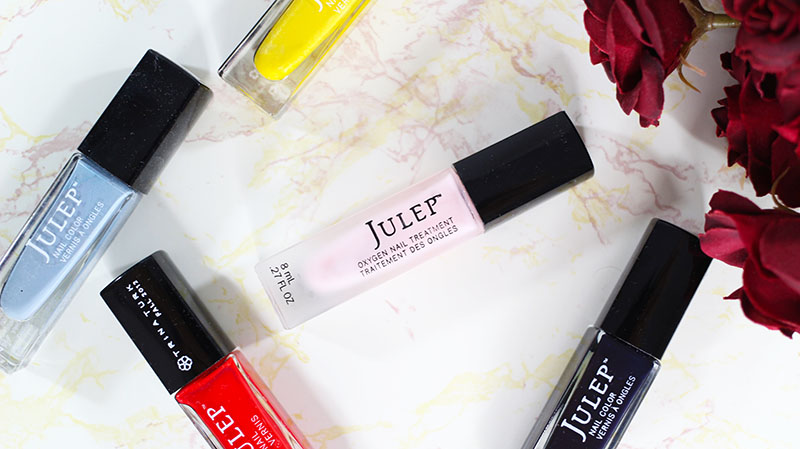 I initially told a friend of mine that blogs that I would probably not do MANICure Monday posts for the month of January because I wanted to give my nails a rest and start them over without tips. She encouraged me to keep going even with short nails. The Julep Oxygen Nail Treatment is a product I received from Julep months ago, but I couldn’t use it while I had the tips on.

The pictures in my other post shows just how badly damaged my nails were and I can definitely see an improvement so far using the Julep treatment. At one point, I couldn’t bear to touch my nails and I was having so much pain just from doing nothing. My nails literally hurt non-stop for no reason.

Here are the deets from the package: 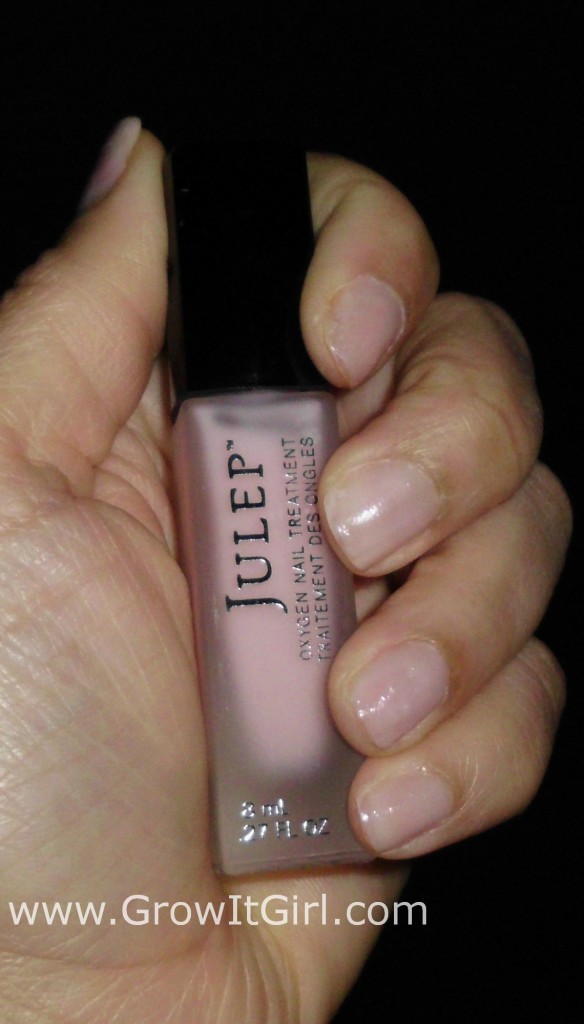 The only product I have on my nails is the Oxygen Treatment. I didn’t use another polish as the directions state in order to receive the best results and “promote nail plate oxygenation” not to use it with any other products.

Additionally, the Oxygen Treatment does have a light pink color. I do know next week I will use it with other polishes because I want my nails to have a Christmas theme. Don’t judge me! LOL, I can see a huge difference and I can’t wait to see what the result will be long term.

We will see how it goes with the short nails and MANICure Mondays. However, I have a ton of posts planned for the rest of this month.

Have you tried this product by Julep? What were your results? Does it sound like something you would try?