Have you ever been convinced that your stomach hates you? Sometimes my stomach has a serious attitude and I end up feeling miserable. Not too long ago, I received the Organic Dandelion Root Tea with Hibiscus & Cinnamon from Amazon, but I totally forgot that I had it in my stash. Well, that was until one night I got so sick at work that I thought I should go to the ER. 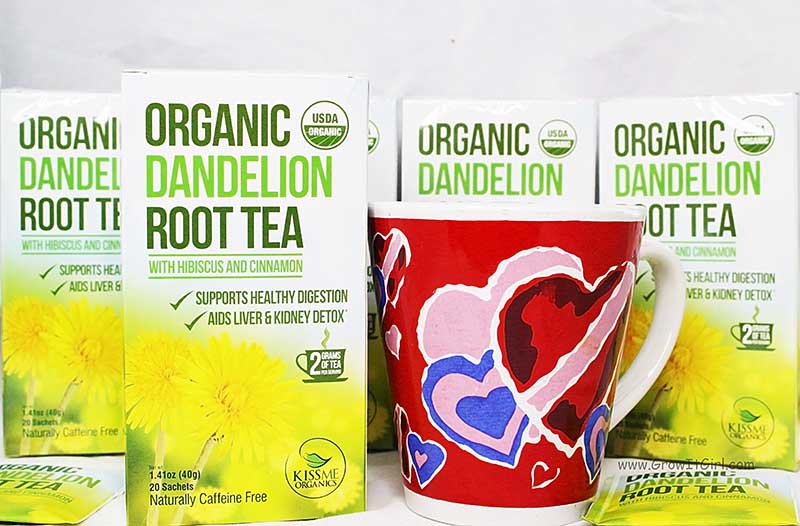 I can’t explain how bad I felt. I kept saying it feels like a gall bladder attack, but I had my gallbladder removed in 2008. It was horrible! Then it hit me that I had the tea and it was a digestive tea. I figured it wouldn’t hurt to try it. Heck, I would’ve tried anything at that point not to go to the hospital.

It sounds crazy but within an hour or so my stomach calmed down. I thought maybe I was imagining things but my stomach really felt so much better. Now when my stomach starts to act like a bad episode of “Girls Gone Wild”, I make a cup of organic Dandelion Root Tea with hibiscus and cinnamon. Shoot! I had to make a cup Friday before work or I wasn’t going to make it through the day. I don’t know what I did or ate but I was sick as a dog. 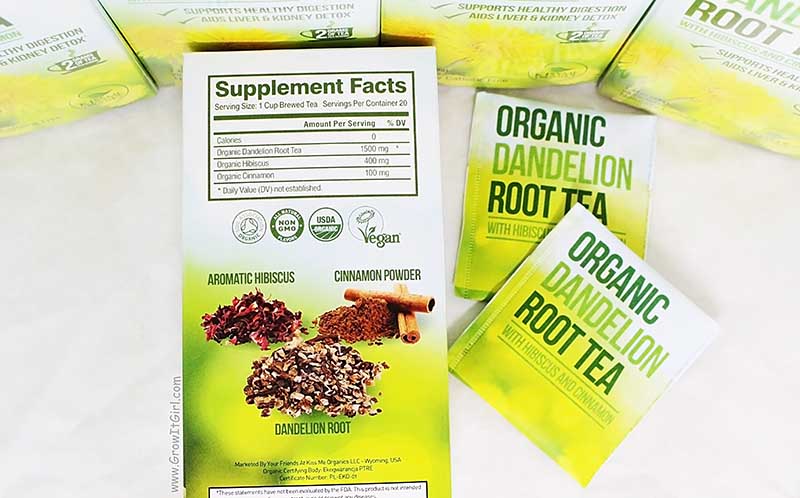 According to the site, the Organic Dandelion Root Tea with Hibiscus & Cinnamon has four main benefits:

1. SUPPORTS KIDNEY HEALTH, HEALTHY DIGESTION, & LIVER FUNCTION – the tea detoxes the liver and kidneys. It helps with digestion to allow the body to absorb nutrients.

The kidney support claim was the draw for me. I have Chronic Kidney Disease, so anything
that will give my poor kidneys a boost is a plus for me. Not to mention, we all know I enjoy my wine so a nice detox is always a plus. Yes, my doctor knows I still enjoy a glass of grapes and he said it was ok. lol

I think anything raw is always better than its cooked or process version. Cooking and processing tend to pull out vitamins and minerals.

3. VITAMIN RICH – Dandelion Root is “rich in Vitamins A, C, D, and B-complex plus Iron, Potassium and Zinc”. All of which are known to treat mood disorders, liver disorders, and boost the immune system.

When I run on a regular schedule I normally take B-complex, Potassium, and Zinc to boost my energy and prevent cramping. So being able to get those vitamins in a tea form is a plus. Sometimes I get tired of taking a ton of pills.

I love how well the tea works. I can’t say that it helps with blood pressure because that is not an issue that I suffer with. Thank goodness! However, I can say it does work tremendously for digestive issues. The only thing I don’t particularly care for with the tea is the flavor. I’m more of a fruity tea person and the dandelion tea with hibiscus and cinnamon has more of an earthy flavor. I hoped I would taste more of the cinnamon but the dandelion and hibiscus are the stronger flavors. Don’t get me wrong, it’s not an intolerable flavor that would deter you from drinking. After the first cup or two, I got used to the taste and now I even add in an extra touch of cinnamon. That does the trick.

If you have a sensitive stomach as I do, I would definitely say pick up the Organic Dandelion Root Tea with Hibiscus & Cinnamon from Amazon. Oh, I almost forgot…the tea comes in a case of five boxes with 20 tea bags in each box. You won’t run out anytime soon!

Have you tried this tea? Do you have a sensitive stomach?